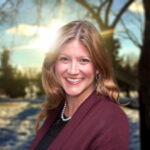 Carbon is getting so much attention that one would be forgiven for believing it had cured cancer and achieved world peace. Obviously, reality is different – but how different is it?

Over the last month, I’ve had the opportunity to travel from coast to coast in different meetings and conferences, sharing what we’re seeing in Farm Journal’s audiences around carbon, and comparing notes with others who are also involved in the space. Here are three key takeaways that, taken together, I hope to add some nuance to the narrative around the explosion of carbon markets.

1. Farmers just aren’t ready: Purdue University reported in their March Ag Economy Barometer that only 1% of farmers in the U.S. have actually signed a contract for carbon sequestration.

That’s telling, but it is actually a lagging indicator, since there is a whole lot of work that has to happen before a producer can sign a contract. At Trust In Food™, we focus on tracking the leading indicators of change. A big one we’re tracking is the percentage of farmers who have the digital infrastructure required to participate in most, if not all, of these carbon market opportunities.  In this year’s Farmer Perspectives On Data report, we found that 62% of farmers surveyed are not fully digitally integrated in how they manage their farm information, and almost a third are primarily pen and paper.

Tellingly, farmers are starting to show interest in getting ready, though. Farm Journal’s 2021 Technology survey  revealed that not quite half – 44% — of those surveyed saw emerging opportunities like carbon markets as enough of an incentive to collect more, and better, data. That’s an encouraging sign, especially when we consider how much time and energy it can take to set up and transition to digitized management.

My key takeaway? Those who want to see more producers participating in payments for ecosystem services need to invest in helping producers secure and set up the digital infrastructure those markets are going to require.

2. Producers’ skepticism is founded: Anecdotally, I can tell you that for every farmer I’ve met that is eager for carbon market opportunities, there are at least another two or three who are downright skeptical. I can understand why. Farmers have been sold on more sustainable practices based on the promise of improved economics. But farmers report that they aren’t really seeing the financial upside, at least not yet. In our 2020 State of Sustainable Ag report that we co-produced with Field To Market, the vast majority of farmers reported that they’re undertaking at least some level of conservation-oriented practices. But nearly three in four say they’re not experiencing better economics as a result. Even worse, only 30% believe they are being fairly compensated for the sustainability practices that they are undertaking. And yet, almost two-thirds believe that conservation agriculture practices can improve a farm operation’s bottom line. So, there’s clearly a gap in expectations.

My key takeaway? There’s a race to sign up producers to participate in carbon programs. And there is already a credibility gap to overcome. It is in everyone’s best interest to ensure we don’t widen that gap, so I truly hope we see carbon programs holding themselves, and one another, accountable for ensuring that the farmer or rancher truly benefits. That means fair, clear terms, installment payments rather than a lump sum at a contract’s end and, most importantly, sharing in the agronomic risk.

3. Diversification is underway.  From place to place, and event to event, one of the most noticeable shifts that I heard was the inclusion of different types of carbon sequestration and avoided emissions in people’s conversations. We’re well beyond the realm of cover crops and conservation tillage, even though those two practices seem to make up a bulk of nascent carbon-market programs today.  I heard thoughts about quantifying the GHG benefits of nutrient management, exploring microbial additives and getting deeper into the water-soil carbon nexus. The most excitement, though, seemed to come from National Cattlemen’s Beef Association’s recent announcement that it would take beef production net zero by 2040.

My key takeaway? There is so much innovation ahead on the horizon for practices and products that will help agriculture lead the way in reducing U.S. greenhouse gas emissions. This will be a fascinating space to watch as it evolves and grows in the coming years. It might not – and is not – ready for prime time just yet. But the pathway to mainstreaming is becoming clearer by the day. 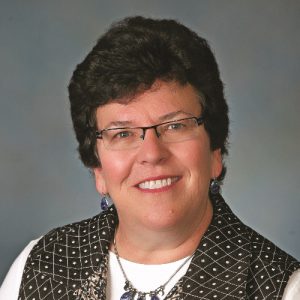 When an attendee of the 2023 Trust In Food Symposium addressed the three farmers speaking on stage this Monday,…
read more