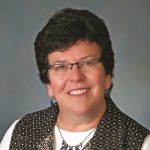 When an attendee of the 2023 Trust In Food Symposium addressed the three farmers speaking on stage this Monday, he said what other members of the audience likely were thinking.

“You all are hitting us with a dose of reality that I believe is badly needed in the conservation community,” the audience member said.

He referred to the thoughtful yet candid comments the three farmers made about many climate-smart programs available in the marketplace.

The producers’ perspective: For the most part, such programs require them to make significant cultural changes. In the process, they must shoulder the bulk of financial investments in equipment, seed and other inputs. They do this without adequate support or return-on-investment, they noted.

To date, none of the three farmers has signed up for a single carbon-market program. They offered several reasons why. Most revolve around what they see as too many financial risks and few rewards.

“There’s not been a program that we’ve evaluated that financially makes any sense. The premiums just aren’t high enough,” said Matt Splitter of Splitter Farms. He and his family farm 12,000 acres near Sterling, Kan.

“We’ve looked at all of the programs, and some of them we considered. Ultimately, we thought for the few dollars paid, it probably wasn’t worth the hassle,” said Barley, whose operation, Star Rock Farms, is based in the Chesapeake Bay region near Conestoga, Pa. Barley’s family grows 12,000 acres of crops and runs dairy and hog enterprises.

The cost of making significant cultural changes to their operations, such as adding cover crops, would need to be recouped, they said.

The program “would have to offset the loss that we would incur by changing our production practices based off somebody else’s idea of sustainability,” said Chris Adams, Adams Family Farms, Grand Forks, N.D. He farms 9,000 acres of crops, mostly products such as specialty varieties of beans.

Those concerns echo similar farmers’ comments in the recent report “Ready or Not? Ag Carbon Markets and U.S. Farmers,” from Trust In Food, Farm Journal’s sustainable agriculture division. The report highlights the perspectives of 500 U.S. row-crop producers on pathways and barriers to carbon market participation.

“Our initial findings suggest that even the most carbon-curious farmers are signaling that their participation under current market conditions would require prohibitive investments of time, effort and resources without fair financial and market returns,” said Amy Skoczlas Cole, president of Trust In Food.

Not All Doom And Gloom

Despite the panel’s dim view of carbon market opportunities, the farmers referenced several climate-smart benefits they’ve experienced from other developments in agriculture.

Among them is recent market introductions of sprayer technology, Splitter said. John Deere and the joint venture of BASF and Bosch has resulted in technology that can differentiate between plants farmers want to grow and those they don’t.

“Artificial intelligence (AI) is helping us reduce the amount of herbicides we use and target specific weeds, and that’s pretty cool” Splitter said.

A no-till farmer, Splitter noted recent advances in equipment allow him to cut through heavy residue and clay-packed soils with ease. That wasn’t possible a decade ago.

“It could be like drilling into concrete, but things like hydraulic down pressure have changed that,” he says. “No-till has become a lot easier to do. My compliments to the engineers for that.”

Fertilizer costs, concerns about product availability and the desire to adopt the 4Rs of nutrient management have all three growers evaluating biological products on their farms.

Barley said he’s encouraged that biologicals have a strong future in agriculture. He noted a number of large crop-protection companies are developing such products.

“These products are working, and that’s verifiable,” Barley said. “They’re going to continue to improve. They’re the new frontier, I believe.”

See What Producers Are Saying About The Carbon Ecosystem And ‘Ag Carbon Markets And U.S. Farmers’ Report 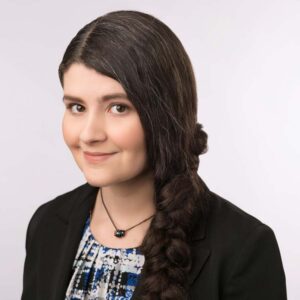 Trust In Food’s latest report, Ready or Not? Agricultural Carbon Markets and U.S. Farmers, is meant as a showcase…
read more