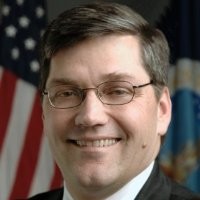 Bruce Knight is a nationally recognized expert on conservation, agriculture and the environment. With a long track record of bringing strategic workable solutions to complex and controversial issues, he understands the workings of farm and conservation policy from the grassroots to the national level. Coupled with his national policymaking experience is a pragmatic approach to issues harvested from his personal farming enterprise.

Today, as a consultant focused on conservation and environmental issues related to agriculture, Knight provides a visionary and unique perspective on the future of conservation policies. He understands the potential value to his clients in agriculture, environment, wildlife and food systems of cutting-edge ideas and strategies such as carbon markets and other ecosystem services. Drawing on his experience as a former association executive, lobbyist, regulator and Capitol Hill staffer, Knight has a broad understanding of how Washington works. But he also brings firsthand knowledge of farming to his national policymaking credentials. Knight was the Under Secretary for Marketing and Regulatory Programs at the U.S. Department of Agriculture (USDA) from 2006-2009. In this post, he provided leadership and oversight for the Animal and Plant Health Inspection Service, the Agricultural Marketing Service and the Grain Inspection, Packers, and Stockyards Administration. These agencies protect animals and plants and promote fair, open and orderly markets for U.S. agricultural products. Safeguarding America’s flocks, fields and forests from pests and diseases is worth billions of dollars in losses avoided by farmers and ranchers.

From 2002 to 2006, Knight served as Chief of Natural Resources Conservation Service, the lead USDA agency for conservation on private working agricultural lands. During the nearly five years under his leadership, the agency assisted 1 million farmers and ranchers in applying conservation on more than 130 million acres of working farm and ranchlands. Knight provided the strategic vision for the development, implementation and management of the largest expansion of working lands conservation programs in the agency’s history.

Knight also has many years experience in developing U.S. agricultural policies and programs as a congressional staff member and on behalf of major agricultural producer groups. He served on the staff of Senate Majority Leader Bob Dole, Kansas, focusing on development of the conservation title of the 1996 farm bill and was a legislative assistant to Rep. Fred Grandy, Iowa, and Sen. James Abdnor, South Dakota. In addition, Knight served as vice president for public policy for the National Corn Growers Association and also worked for the National Association of Wheat Growers.

A third-generation rancher and farmer and lifelong conservationist, Knight operates a diversified grain and cattle operation using no-till and rest rotation grazing systems. His farming and ranching background gives him the opportunity to practice stewardship and husbandry, providing firsthand knowledge of the interdependency of animal, plant and human health with the environment. Knight attended South Dakota University. He is married and has two children. He is a member of the Vienna Presbyterian Church in Virginia and is an avid sportsman.

< BACK TO CONFERENCE SPEAKERS